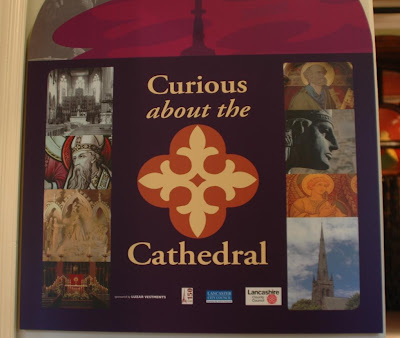 There's still more to come from Rome, including highlights of the Papal Audience, but today we return to matters closer to home. Our 150th anniversary exhibition, 'Curious about the Cathedral', has just two weeks left to run at Lancaster City Museum. With time moving fast, here's a closer look at some of what's on offer. 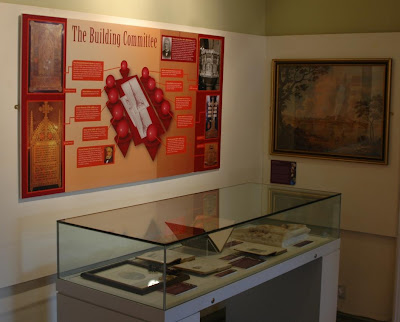 The story of the Cathedral - and Lancaster's Catholic history - is told using wall panels and related objects. Here, for example, the building committee that was put together to oversee the building of the church is presented in text and graphics, with relevant objects in the case below. Much has been done to try to show the links that exist between the Cathedral and the history of the city of Lancaster. Many of the families which helped the town to grow are also those who paid for the building of the church in the 1850s. 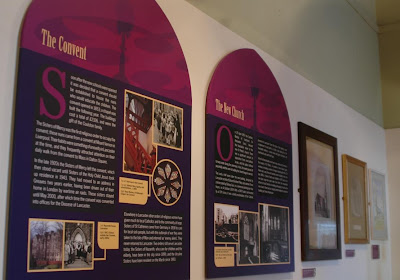 The exhibition actually covers a period from Medieval times until today; it is also fairly broad in scope, covering not only the Cathedral building but the people who have been part of its life. The panel on the left here, for example, covers the foundation of the convent and the role of religious women in the parish. 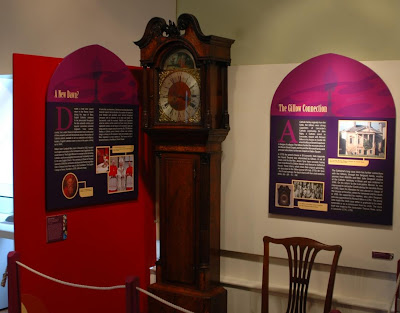 Here's another connection with Lancaster's history: the Gillow family, famous furniture craftsmen, were among those who contributed to the life of the parish. Two Gillow items belonging to the Cathedral - a chair and a long-case clock - are among the items on display. 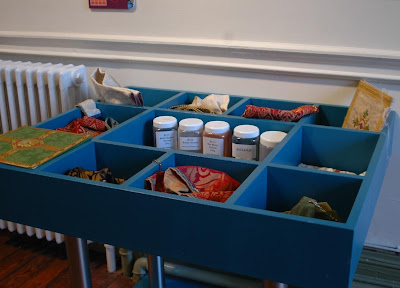 There's something for everyone, with interactive exhibits including some 3D-images of the Cathedral. In this display you can smell different types of incense and examine some of the materials used to make vestments for use in church. The exhibition is free to enter and is open Monday-Saturday, 10am-5pm until Saturday 21st November. It has been jointly produced by the Cathedral and the Lancashire Museums Service, and is supported by the Cathedral's 150th anniversary sponsors (see the list here) and in particular by Luzar Vestments.
Posted by Lancaster Cathedral at 07:22