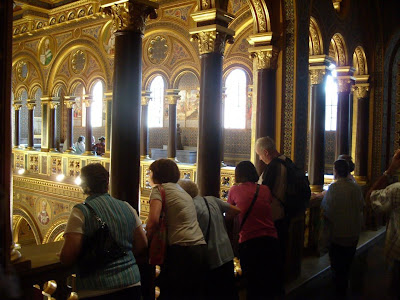 Two weeks ago our pilgrims in Rome had the opportunity to visit the Venerable English College, a seminary which has been training priests to work in England since 1579. 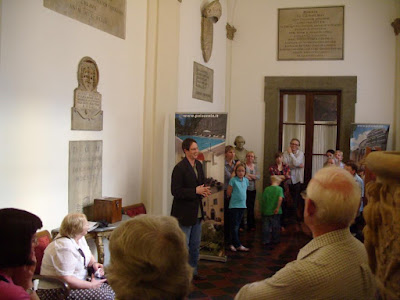 The group was given a guided tour by a student called Tony, who is training for the priesthood at the college. He is a seminarian of the Diocese of Shrewsbury. 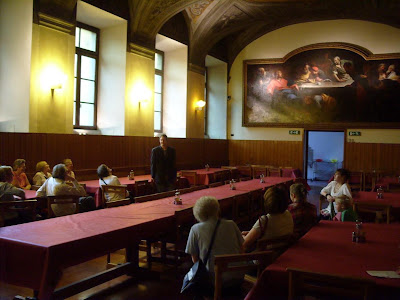 Here the pilgrims take a look at the refectory... 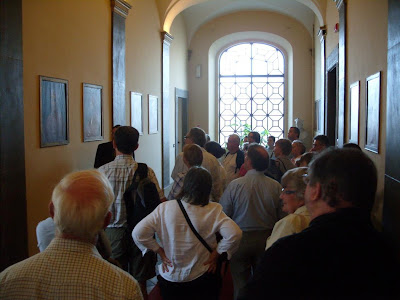 ... and here they survey a few of the portraits of the cardinals, which hang on a first floor corridor. Canon Stephen knows this place well, as he trained for the priesthood at the college. 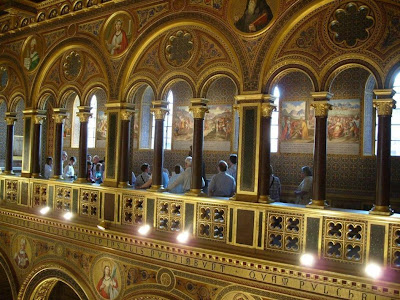 The tour ended with a visit to the college chapel, which had reopened less than a fortnight earlier following a two-year restoration programme. The results are quite stunning, and evidently the result of much painstaking work. 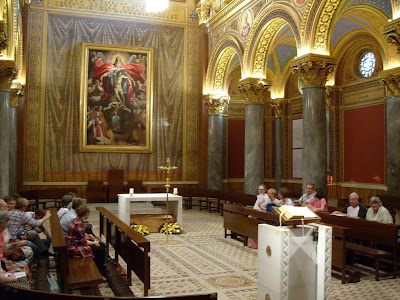 Canon Stephen then celebrated Mass in the chapel, with Fr Andrew concelebrating. Here the group is waiting for the Mass to begin. A votive Mass of the college martyrs was celebrated. 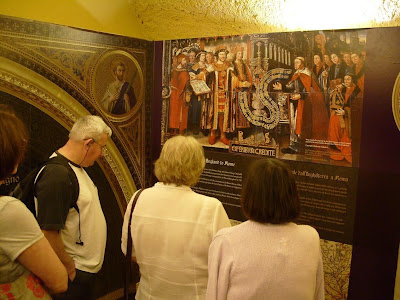 Afterwards the pilgrims headed underground, to a new exhibition which has opened below the college. 'Non Angli sed Angeli' takes its name from a quip of Pope Gregory the Great, who said these words 'not Angles, but Angels' referring to the English people. It was Gregory who sent St Augustine of Canterbury to England in 597AD. 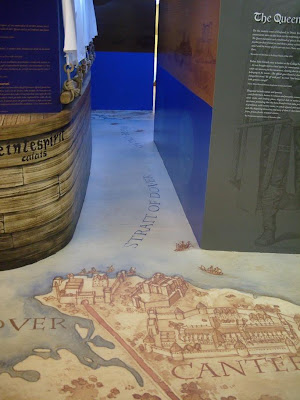 The exhibition tells the story of the English pilgrimage to Rome through the ages. Among the many striking features is a map on the floor showing the route from Canterbury to Rome. In this way those visiting the exhibition are invited to follow the path of countless pilgrims who have made that journey over the centuries. You can find more about the exhibition (which runs until next July) and about the restored chapel, on a special website: www.angelisunt.it.
Posted by Lancaster Cathedral at 07:23