Cathedral Pilgrims at the Vatican 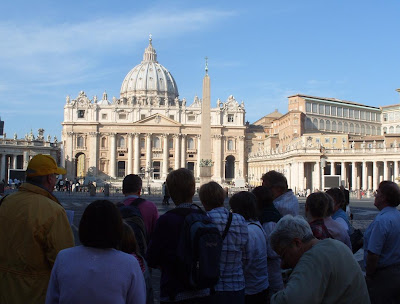 Last Tuesday, the first morning of the parish pilgrimage to Rome, the group made their way to the Vatican City for a tour of St Peter's Basilica. Here the pilgrims get their first view onto St Peter's Square; Anthony their guide, in his usual yellow, can be seen on the left. 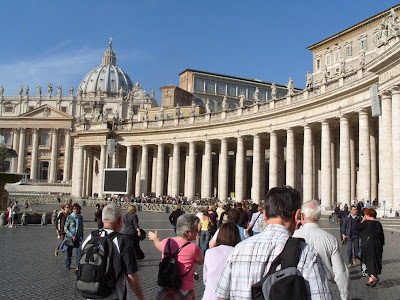 Here the pilgrims make their way across the square towards the security checks which everybody entering St Peter's must now go through. The Basilica can be seen to the left of the picture, and to the right - above Bernini's famous colonade - you can see the Pope's apartments. 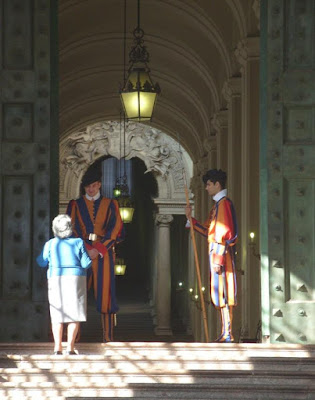 Many of the pilgrims pause to take a photograph of the Swiss Guard who are always on duty at the 'Bronze Door' which leads into the Apostolic Palace. This lady, however, took it a step further, seemingly attempting to talk her way inside. She didn't have any luck. Fortunately, she wasn't with our group! 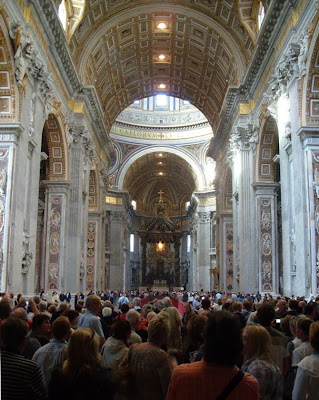 Inside the Basilica was extremely busy, filled with tourists coming to take a look at the world's largest church. These days you have to be there quite early in the morning if you want to see the church when it's quiet. 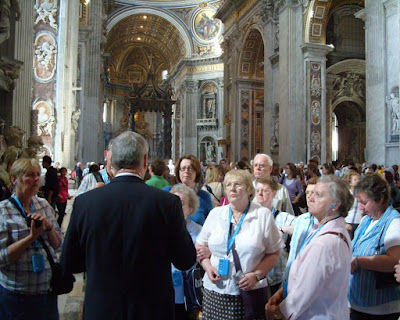 All our group were given headsets so that they could hear Anthony clearly. He has many years' experience of doing this work and gave a well-informed tour of the Basilica. 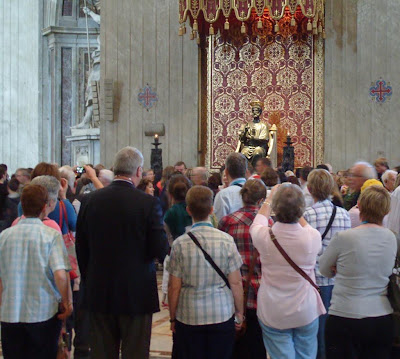 "We've seen that before somewhere" - the statue of St Peter naturally attracted some attention. Not only is it one of the focal points of the Basilica; it is also a link with Lancaster Cathedral, which has a replica of the statue. 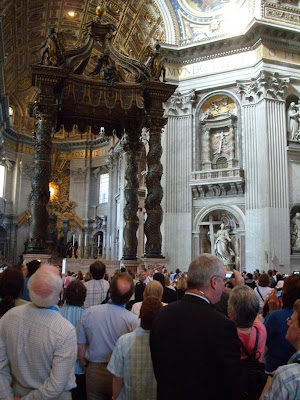 Here the pilgrims survey the papal altar and the enormous baldacchino above it. The sheer scale of the building is hard to grasp, even when inside. 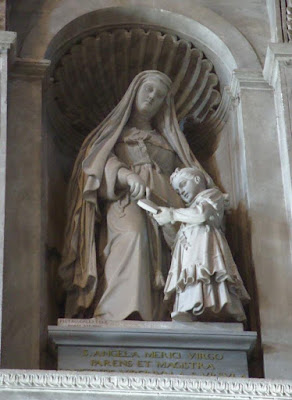 Also pointed out on the tour was this statue of St Angela Merici, who founded the Ursuline order in 1535. Here St Angela is seen with a young girl, a sign of her service as teacher. The Cathedral parish is blessed by the presence of three Ursuline sisters, who serve the parish from their convent at St Thomas More's church. 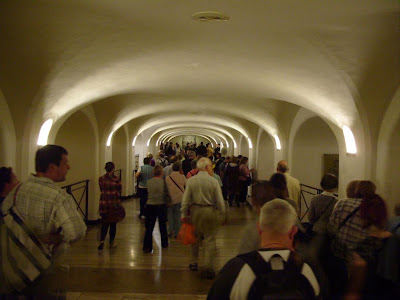 After the tour many of the pilgrims went to the crypt under the Basilica, to the visit the tomb of St Peter. Many of the Popes are also buried here, including Pope John Paul II; it is always possible to see people praying at his tomb. Later in the pilgrimage, on the Friday morning, the group had Mass in a side chapel within the crypt.
Posted by Lancaster Cathedral at 06:44