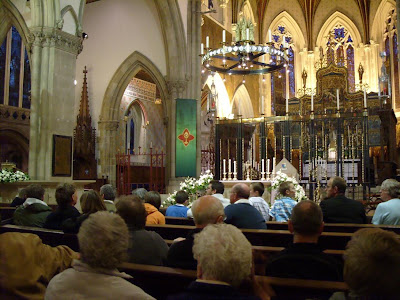 As promised, today we feature some more pictures from St Peter's Walk, which is taking place each evening this week. The images in this post were all taken at last night's performance. The basic idea is this: the audience is taken back to the time of St Peter and encounters people who know him or have heard of the life of the early Church. 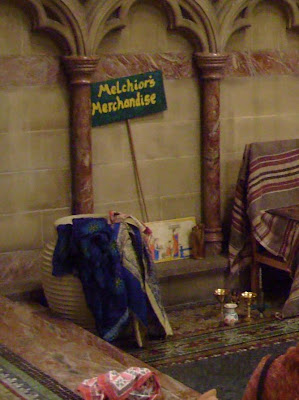 One such character is a merchant by the name of Melchior. He is on the lookout to make a sale (providing you have a few shekels to hand) but is also keen to tell of recent events in his area. His account is of the stoning of St Stephen and the persecution of the Christians. 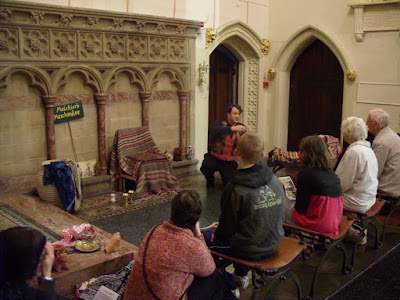 This engaging scene is one of many around the Cathedral site. Elsewhere people can witness a dispute between the authorities and some early disciples about what really happened on Pentecost Day; they can join a tea party at which three gossips are discussing reports of miracles, and they can listen to an imagined radio interview with St Peter himself. 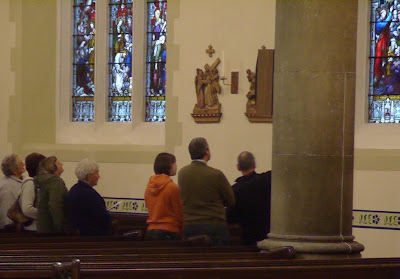 The purpose of this drama is to bring the scriptural stories to life and to explore St Peter's contribution to the life of the early Church. Alongside this there are two opportunities to find out more about how St Peter is reflected in architecture. Here a group takes a mini-tour of the Cathedral looking at images of St Peter within the church. Meanwhile, in St Walburga's chapel the audience can hear a short talk about St Peter's Basilica in Rome and the tomb of the Apostle. 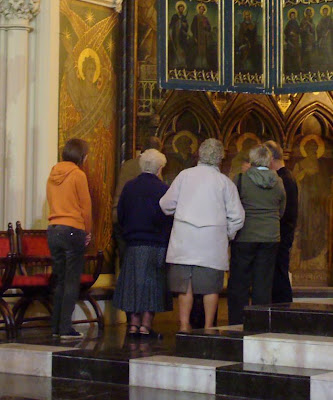 Each scene, tour and talk lasts for fifteen minutes, after which time a bell rings and people are invited to choose another scene. It works very well and the audience feedback has been very positive. 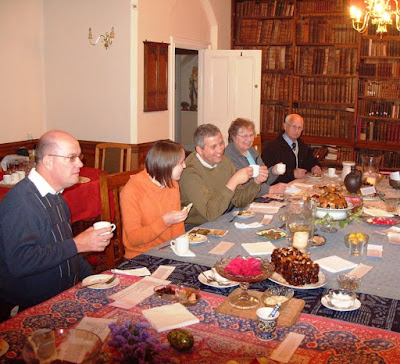 A particular highlight has been the refreshments, which are given in the form of food as it might have been in the New Testament period. Each person gets a small plate of food with different items to try, thereby being given the chance to try a few different items. The refreshments are included in the ticket price. There are two final chances to come along: tonight and tomorrow (Sunday) at 8pm. Tickets are £10 (concessions £8; under 16s £6) and are available on the door from 7:30pm.
Posted by Lancaster Cathedral at 06:52